LDS Missionaries an Important Asset to First Responders in Houston

Featured, In The Field, Missionary News | 5 | 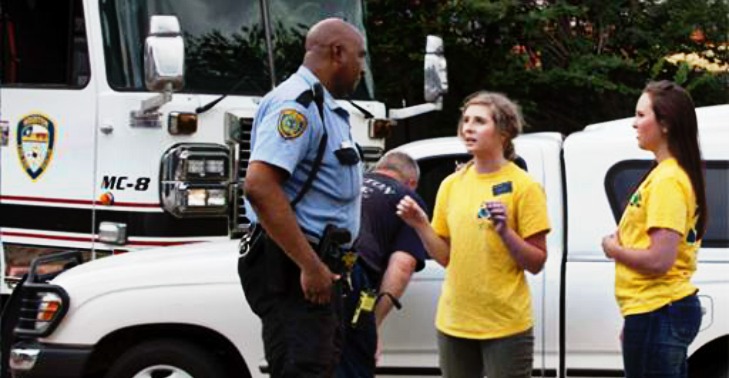 When the city reached out to The Church of Jesus Christ of Latter-day Saints for assistance, a total of 31 missionaries were sent immediately to help. They spent the day translating and helping residents retrieve any salvageable belongings from the safe areas of the  complex. The missionaries helped relay important information to residents, such as which apartments couldn’t be entered without a firefighter escort. The city was grateful, and the help of the missionaries was mentioned in several news outlets. 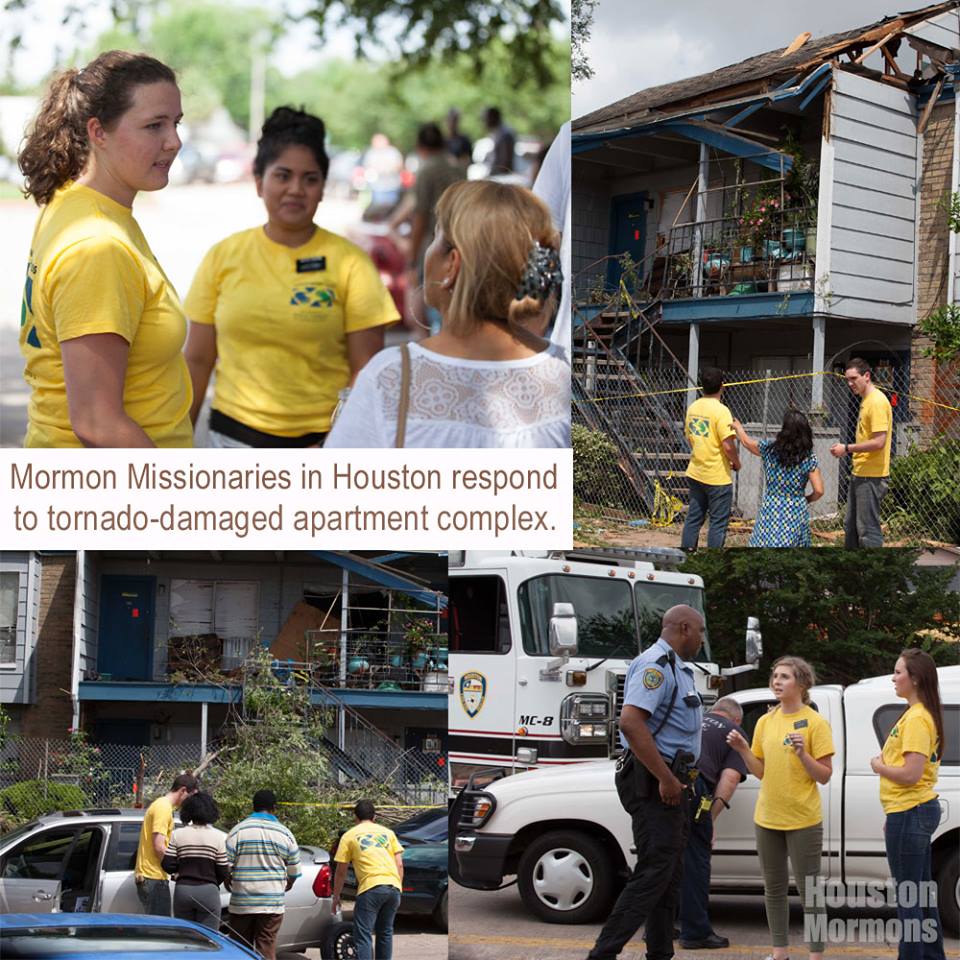 LDS Misisonaries lend a hand in Houston after tornado. (Image via www.facebook.com/HoustonMormons; Photo by Jennifer Martino)

The Houston Chronicle reported on how helpful the missionaries were, and how quickly they responded to the call for help:

“‘We have resources set aside to help with moving costs, first month’s rent, getting them settled,’ Mayor Annise Parker told reporters gathered at the complex. ‘The most important thing I can say is how lucky we were that no one was seriously injured. The second most important thing I can say today is how appreciative I am of all our first responders and volunteers who came out here quickly.’

“Later, when the mayor’s assistant and a fire department spokesman passed an amplified radio back and forth, relaying updates in English and Spanish, the hundreds crowded around the squad car applauded.

“Residents and officials reported that communication had been a barrier during the initial response Sunday because many residents did not speak English. City leaders called The Church of Jesus Christ of Latter Day Saints for extra translation help.

“‘We had people there within 30 minutes,’ said Brian Ashton, president of one of three Mormon missions in the Houston area. ‘Because they are available 24 hours a day, we can respond very quickly to something like this.’

“Dozens of missionaries in bright yellow T-shirts helped pack cars and answered questions, including which buildings required a firefighter escort to enter.” 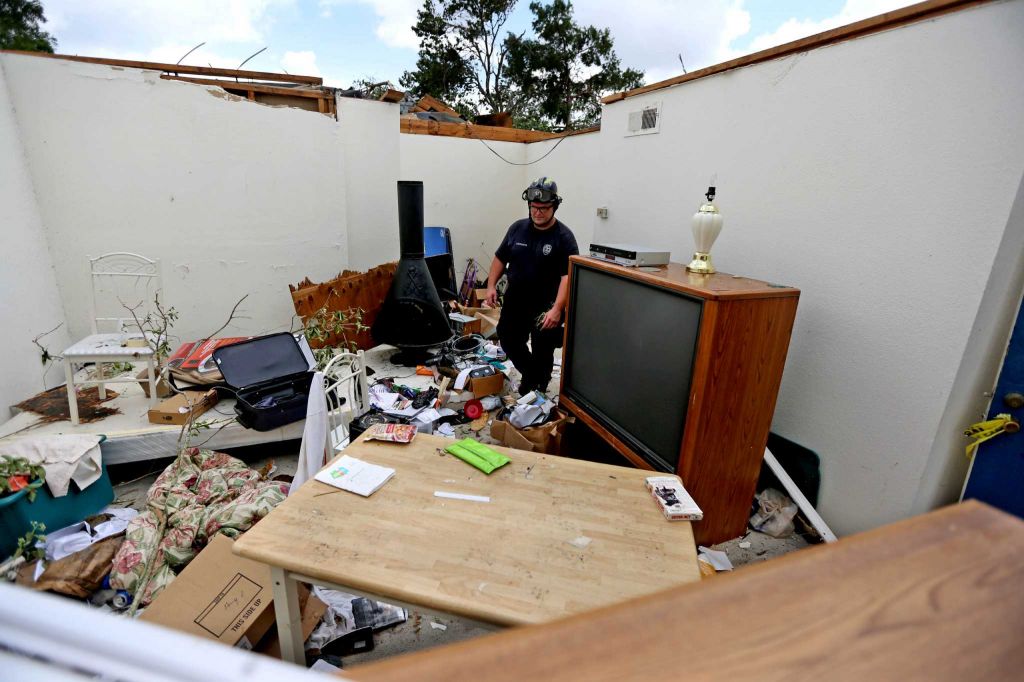 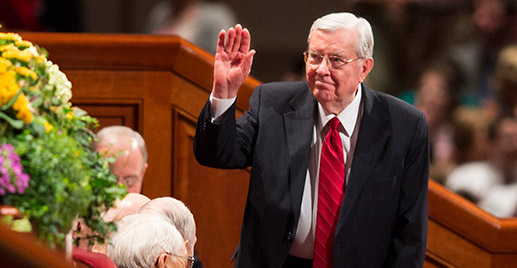 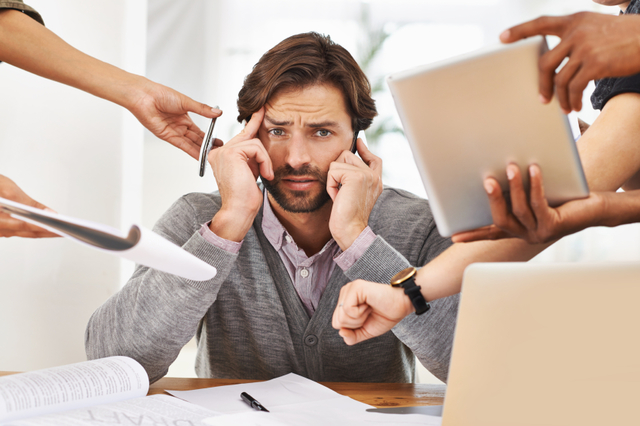 Avoiding Mormon Burnout: Why It’s Okay to Say “No” 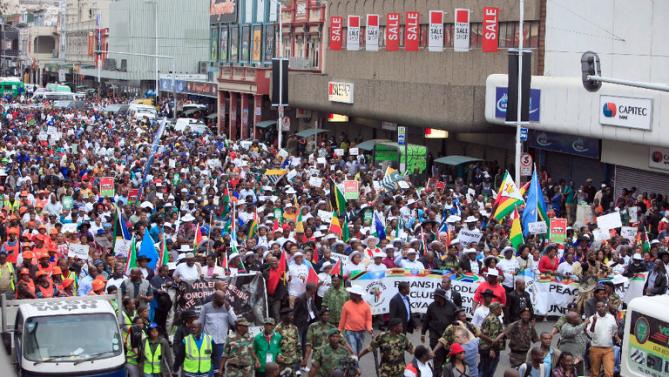 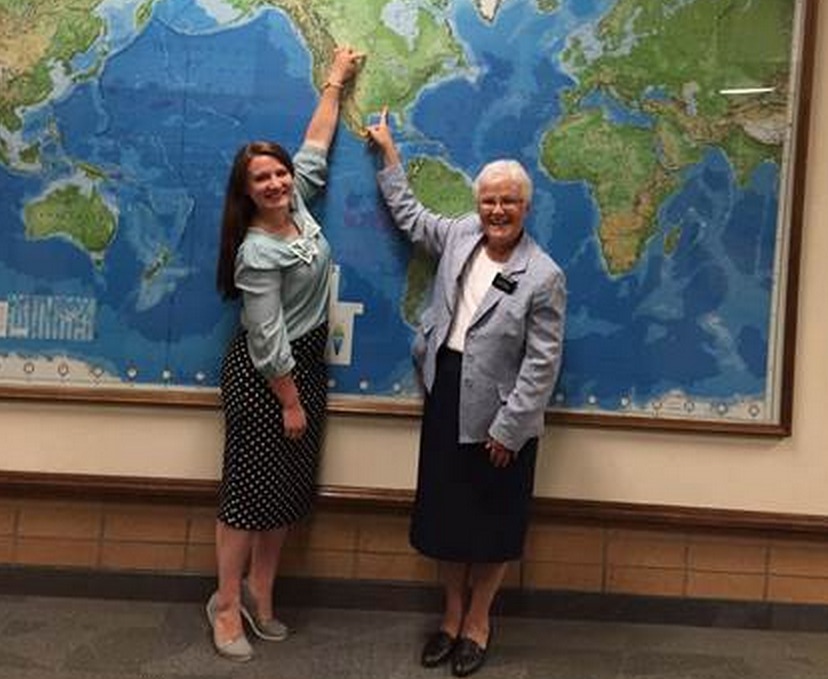